Minidoka Memorial Hospital is the joint operation of Minidoka County’s only hospital and nursing home located in Rupert, Idaho. Services offered at Minidoka Memorial Hospital include surgery, inpatient and outpatient treatments, long-term care, home health, ambulance, and occupational health. The hospital employs over 250 people, making it one of the county’s larger employers.

The community of Rupert was developed as a result of the Minidoka Project, which was created under the Reclamation Act of l902. This act, signed by Teddy Roosevelt, made it possible to irrigate and “reclaim” desert ground for agricultural purposes. The Minidoka Project began in l904 and consisted of the construction of Minidoka Dam and associated canals northeast of Rupert in Minidoka County. That same year, the first church was established in Rupert, and the first school opened in town. 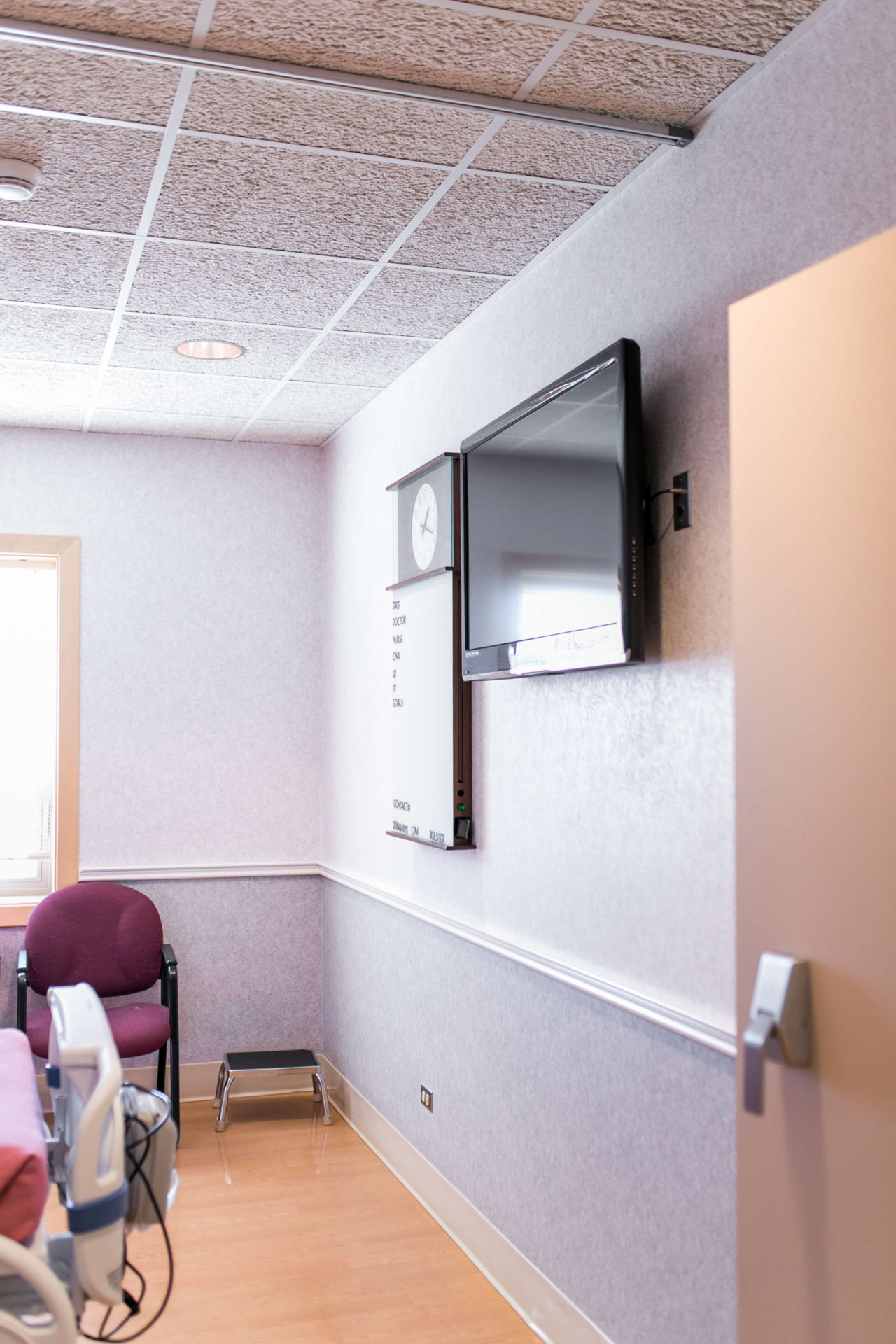 AS THE TOWN GREW,
THE NEED FOR HEALTHCARE INCREASED

A physician named Frazier saw the need in Rupert and proceeded to build a hospital. Dr. Frazier did all of the architectural work himself and the hospital was completed in 1926. The hospital was known as Rupert General Hospital and was located on what is now the corner of 6th and G streets.

The hospital stood two stories high of solid brick with a bright green asphalt composition roof. The foundation was 40 by 70 feet and consisted of a basement, electric elevator, attic, 24 rooms, 6 bathrooms, and 17 hospital beds. The hospital was heated by a circulating hot water system. Dr. Frazier owned and operated the Rupert General Hospital until 1928.

In 1928, the hospital was leased to the Lipps family, who operated the hospital for 10 years. In 1936, a woman named Minnie Rasmussen leased the Rupert General Hospital, who later purchased the hospital in 1942 and remained the owner and operator for an additional 10 years.  In 1952, Jacquelin Byrd, Superintendent of the Cottage Hospital in Burley, bought the Rupert General Hospital from Mrs. Rasmussen and continued to manage both organizations until 1960 when Minidoka County built Minidoka Memorial Hospital on Rupert’s west side.

Before coming to Rupert, Minnie Rasmussen was the supervisor of nurses at the LDS Hospital in Salt Lake City, Utah.  She also worked with the Utah State Mental Hospital, The Army Nurse Corps, and served in many supervisory positions in San Francisco, Los Angeles, and Pocatello.  It was said that if “Aunt Min” didn’t like you, you didn’t get admitted to the hospital, the same applied to doctors.

The Rupert medical community has been greatly influenced by the Cassia County hospital. In the 1940’s Drs Kelly and Terhune thought Burley would be the future center of growth in the Minidoka and Cassia County Region, so they moved their practices to Burley, taking their patients with them. This was the start of a continuing rift between Rupert and Burley healthcare.

The 1950’s brought talk of a new, more modern Cassia County Hospital.  This sparked discussion about building a competing hospital in Minidoka County to retain physicians and patients.  A. F. Dalley, a long term Rupert Physician, made several speeches showing his support of the Minidoka County Hospital comparing Rupert/ Burley to the American Falls/ Aberdeen incident that left Aberdeen with no local physicians.

With the expansion of farms north of Rupert, it was thought that Minidoka County would experience substantial growth during the late 50s and early 60s. Some believed Minidoka County would surpass Cassia County in population and economic growth. Combined with Dr. Dalley’s effective arguments to retain physicians in Rupert, it was decided to build a new hospital on the west end of Rupert. In l960, Minidoka Memorial Hospital was completed. 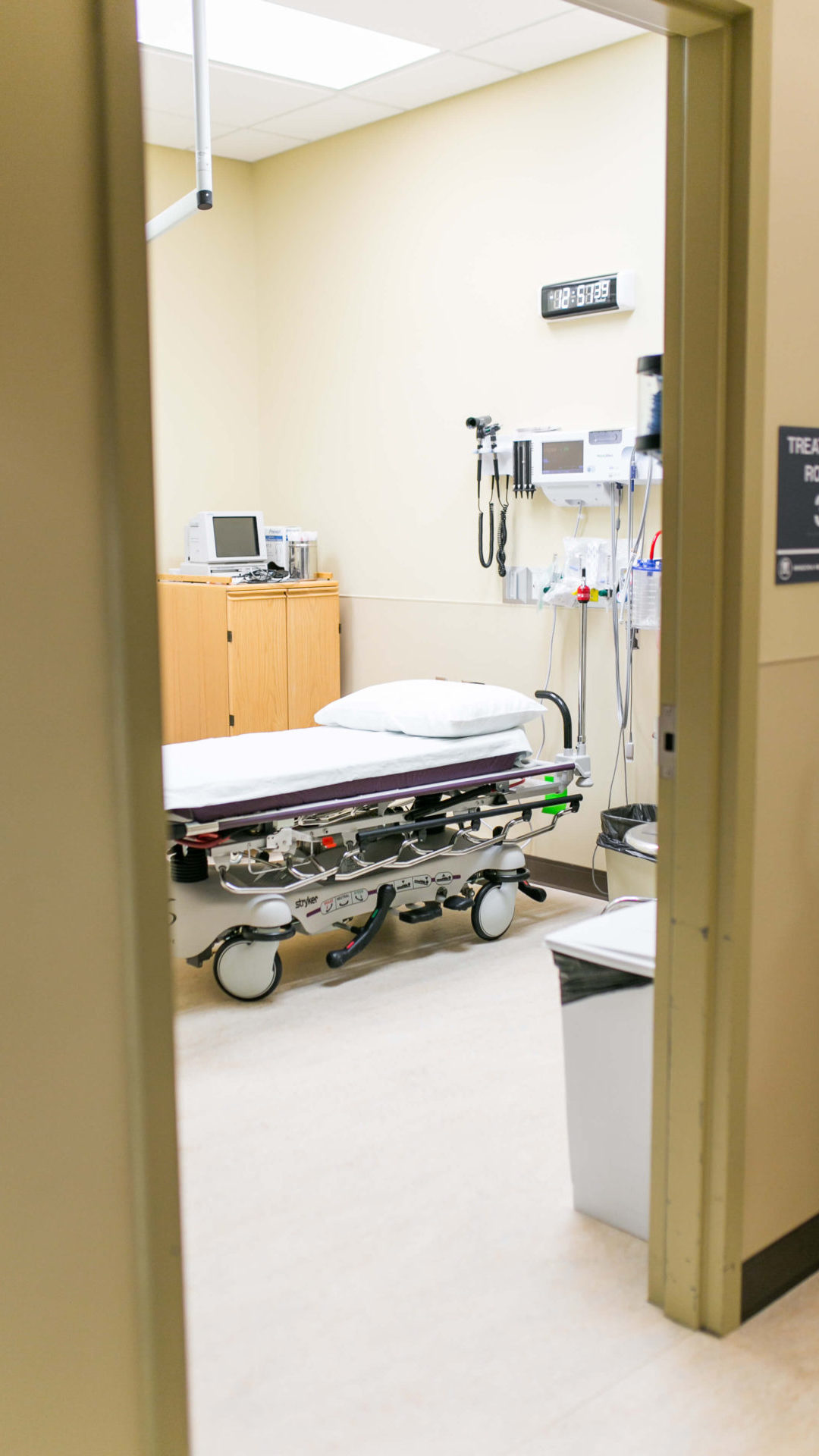 With the construction of Minidoka Memorial Hospital completed, it was decided to contract with the hospital administration arm of the Church of Jesus Christ of Latter Day Saints. At that time, the Church owned and managed a number of hospitals in Utah and some in Idaho.  Mr. Harrison was the first administrator from the Church hospital management service. He was followed by Mr. Barton, frequently referred to a “Black Bart.” In the early 70s, Barton proposed maintaining the hospital in Cassia County and turning the hospital in Minidoka County into a nursing home. This met with adamant resistance from Minidoka County residents, and it was decided to extinguish the association between Minidoka Memorial Hospital and the LDS Church Health Care Management Services.

The Minidoka County Commissioners appointed 10 county residents as hospital trustees to oversee the operation of the hospital. After a lengthy search, Ed Richardson was recruited as the Minidoka Memorial Hospital Administrator. Mr. Richardson served as Administrator until 1991 when his health deteriorated and required that he retire. Randy Holom was then retained as Minidoka Memorial Hospital Administrator. In l997, he resigned to take a similar job in Montana. After another extensive search, Carl Hanson was appointed as Administrator serving until his retirement in November 2015. The new administrator is Tom Murphy, a local graduate of Minico High School with many years of healthcare experience.

Minidoka Memorial Hospital continues to be owned by Minidoka County. Rather than building a new hospital, Minidoka County has opted to remodel and build additions when needed. Prior to 1977, the nursing home division of Minidoka Memorial Hospital operated at near 100% capacity. In 1977, the east wing of Minidoka Memorial Hospital was completed, more than doubling the number of available nursing home beds. An intensive care addition was added in 1984, and a CT room was created in l993. A 15,000 square foot surgical addition was added onto the west end of the hospital building with funds borrowed from the Idaho Health Facilities Authority in 1998. The newest addition is the Minidoka Medical Plaza which was completed in July of 2015. Some other recent updates include expansion and remodeling of the emergency room, medical floor, patient rooms, guest waiting rooms and modernization of the Lab and Radiology departments which were completed in 2013.

The medical care available for County residents has grown to meet and often exceed the needs of a region and population of this size. The reason for this benefit is the existence of Minidoka Memorial Hospital in the competitive medical environment in Rupert, Minidoka County, Idaho.